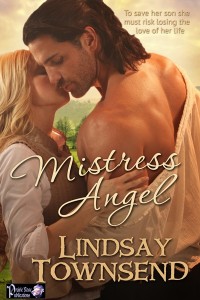 My sweet to sensual Medieval Historical Romance "Mistress Angel" is NOW OUT, published by Prairie Rose Publications. It can be read for free with Kindle Unlimited and found at these places:


You can read an excerpt below

Posted by Lindsay Townsend at 10:00