'Amice and the Mercenary' - Sequel to 'Mistress Angel'. OUT NOW!


England in the summer of 1357 is a nervous, triumphant place. The English king holds the King of France hostage—but there are plots afoot to see this French monarch assassinated. Duke Henry begs beautiful Amice, the spice seller, for her help to counter and reveal such plots. Amice is an expert in the secrets of spices and poisons. She agrees to help for her own personal reason—revenge.


But Amice must work in the glittering, dangerous world of the royal court, snubbed and mocked for her own dark-skinned beauty, until she is rescued by the notorious mercenary, Harry Swynford—charming, charismatic, and lethal.

In the shifting alliances of the court, which side is Harry Swynford on? In this world of poison among the feasts, can Amice stop an assassin in time? Harry has his own games to play, and although she is powerfully attracted to him, Amice is wary. Lives—including her own—are at stake.

Can their happiness last, or will their enemies tear them apart? What price revenge against true love?.


Now read about Amice as a character in Mistress Angel. 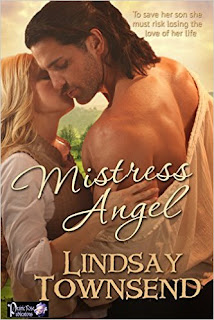