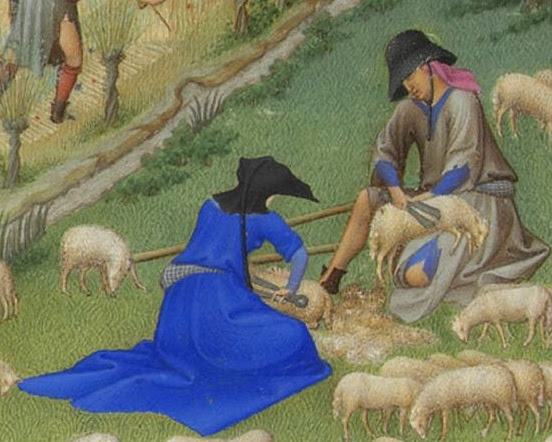 There are two 'schools' of historians - optimists and pessimists. The first looks to the positive side of historical events. The latter tends to a more gloomy view. It's the rosy and the grubby views of history.

In creating the past in my stories I tend to the more rosy view of history, apart from where I feel readers need to be shown the 'grubby' side as a contrast, or for high stakes, or to endanger my heroines or heroes. But the worlds I try to create I try to make appealing - and romantic in the uplifting, optimistic sense. I rather celebrate the best in human nature and show the 'best' of past societies and cultures.

So how do I go about it?

First I read. I read children's non fiction books (lots of social history and pictures), general histories, specialist histories and finally original, primary sources where I can - letters, chronicles, laws, coroners' rolls. An amazing amount of detail can be found in the last two. Look at the Sumptuary Laws of the 1300s, aimed at restricting expensive dress - that tells me that everyone in England was dressing as richly as they could. And coroners' rolls give lists of accidents that are both vivid and chilling: a man dies because he fell through his privy floor and drowned in his privy, a child perishes because she falls into the fire. These cases are tragic and horrific but they give clues to the world.

These details are grim, so in my world they would be touched on only briefly, if at all, but I need to know them and use them where appropriate.

Other more positive details I try to slip into my novels - as deftly as possible, so I don't have slabs of research and a fact-mountain in the middle of my story. For these details I find pictures invaluable. The beautiful drawings of Les Tres Riches Heures of the Duc de Berry show ordinary people at work and play and the world in which they do so. It may be an idealized world, but I find it endlessly inspiring.

To build the world I start with geography - the land itself. Where a character lives defines how that person survives on the land and what skills the person will have. Is it wooded and fertile, with soft, rolling hills, or bleaker and harsher? Uplands also have their beauties and I research what animals and plants grow in my fictional kingdom, taking care to include those species which were once common but are now rare. I also take care that my animals and plants are appropriate to the period - in the Middle Ages, I can't have a bunch of English villagers munching on potatoes, which weren't introduced from the New World until much later. 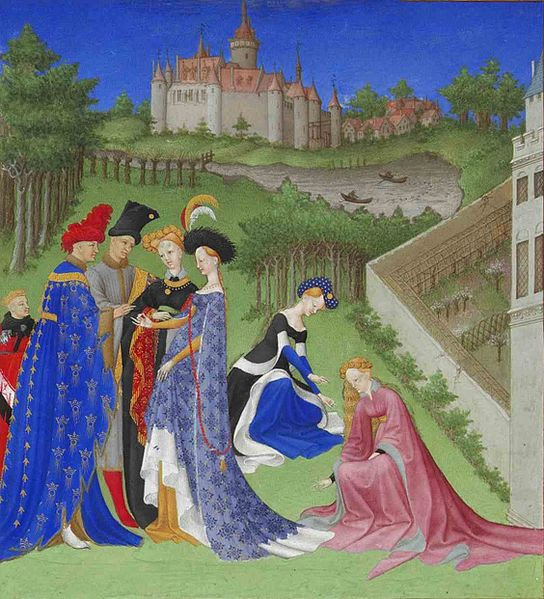 Clothes are always fun for a writer, and for a reader. Roman Britain gives me a lot of scope as there were all kinds of luxury fabrics such as silk available to the rich, plus wonderful jewels. Ancient Roman houses - the ones the rich could afford - can also be shown as very beautiful, with wall paintings and under-floor heating.

After the fall of the Roman Empire the wattle and daub houses that replaced the grand villas might sound drab, but certainly in this country it's the dream of many British to live in a thatched cottage and that is what many of the dwellings were, in essence. When I create them for my beautiful medieval worlds, I stress their snug warmth and living heat.

Returning briefly to clothes, the later Middle Ages also has furs and silks and richly dyed woollens, plus an array of hats and jewels and shoes.

To create a beautiful world of the past I also evoke pleasing sounds and scents - the bells ringing the church hours, the twitter of birds, the rattle of drums, the scent of baking bread, the smell of a bluebell wood - and more.

Selection is the key. As I try to evoke the past and create a beautiful past, I select those details that will transport the reader into fields of wild flowers and colorful, vibrant cities.

Posted by Lindsay Townsend at 11:56

You know I was writing on this point when I flicked into this. It is one way to create the world of course and it is the stuff of romance which is escapist anyway. I loved the article and the pic.

Thanks, Carol! I'm glad you enjoyed it.