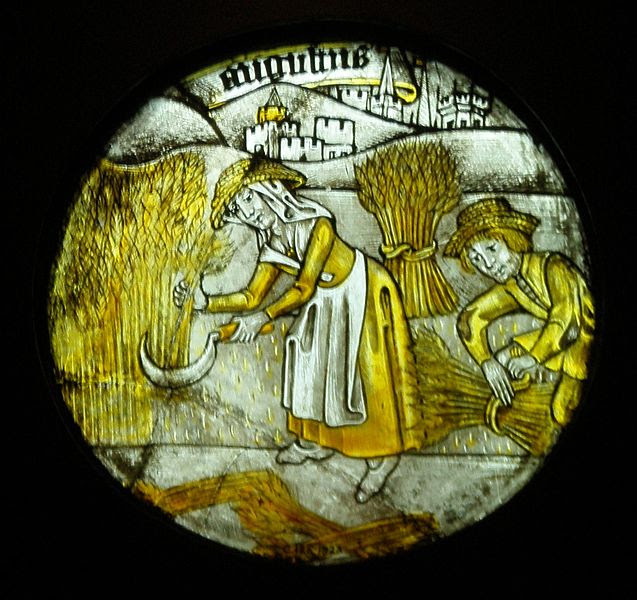 I read a lot of books of social history, naturally enough. I'm reading one now about the life of a medieval woman, Cecilia Penifader: A Medieval Life: Cecilia Penifader of Brigstock, c. 1297-1344

This is a fascinating account of one of the lesser-known groups in the middle ages - a peasant, and moreover a peasant woman. Of all the groups in medieval society, the peasants - 'those who work' - are the least known to us via their own words, because few were literate. Detailed lives such as this one redress the balance and take us into a distant, living past, drawn from court and manorial documents.

Cecilia, we learn, was sometimes known as Cissa. Isn't that lovely! I find the centuries drop away at that intimate detail.

She had three brothers and four sisters. She never married, survived the great famine of the early 1300s, sometimes stole from her neighbours and lived in Brigstock, a village in Oxfordshire, all her life. Through her we learn about daily life, the church year, the work of the seasons, and more.

I've written about a day in the life of a medieval peasant woman today for Unusual Historicals. Please read it here.

Posted by Lindsay Townsend at 13:13

Fascinating. We know about the upper classes, because even if they couldn't write, they could hire scribes to write for them - or they'd end up in someone's history of something. The average person was left in the dust of history.

I think this is great- that a book was written about someone not of the nobility or upper clasees.