The difference of historicals 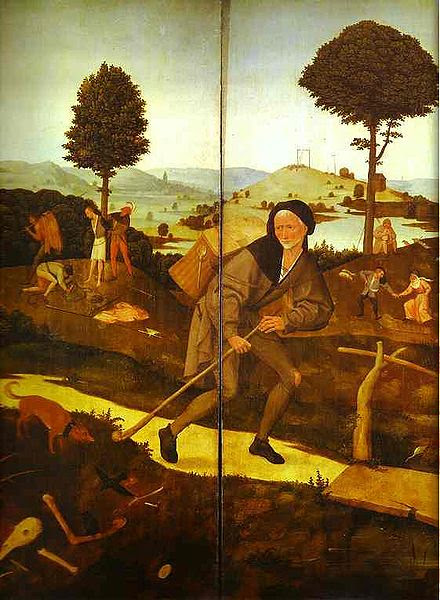 I've drawn the winners of my latest contest, and copies of A Knight's Enchantment are on their way to the lucky three. Now I'd like to point out a few ways in which historicals are - well, different. I love reading historical novels of all genres and I love to write them, so are my five 'star' points that I look out for in the stories that I really enjoy.

1. Realistic reactions. In the past, the roles and pressures on people were different to now and a good historical reveals this. Women's liberation as a movement did not emerge until the late 1960s. Women (and working class men) did not acquire the vote in Britain until the early 20th century. Before then, the role of women was determined by family and peer pressure, by the church, by society's expectations, by class and above all by biology. (My great-grandmother had 14 pregnancies, 12 births, 2 miscarriages. In the days before reliable birth-control, women often spent their child-bearing years doing just that.)

In earlier warrior societies, where brute strength was prized as a means of winning booty, only a very unusual woman would be big enough and strong enough to fight as an equal warrior. Remember, food would often be in short supply and the sons and men ate first, not simply because of their higher status but because of survival. Men are generally more physically strong in pushing heavy ploughs, and so on. They needed to be well-fed.

2. Realistic dress. Fashion and past fashions is a fascinating business to me, but in a good historical dress also reveals class and tactile elements. A heroine who is changing her gowns every chapter may not be realistic. Clothes were costly and time-consuming to make. Fashions in the country would be less cutting edge than those of the city. Even cloth and colours would vary - the rich would have access to silks and more expensive dyes.

3. Realistic settings. How people lived in the past is very different from modern-day life (at least in the developed parts of the world) and that is worth showing in a historical. The daily trudge for water would be part of someone's life, as were the anxious waiting on crops and the hunger experienced while the harvest slowly ripened. In an unscientific age the fear of the unknown affected everyone - was the hail storm the sign of an angry god? Was a sudden illness in the village the result of witchcraft? If illness is not understood, then the evil eye becomes as good a reason as anything else. If 'everybody knows' that disease comes from the stench of the gutter, it becomes understandable to protect your cottage from pestilence by growing fragrant roses around the door.

4. Realistic plotting. In the past, communications were a major problem. In a world without the internet, battles could be lost because the flanks of an army literally could not talk to each other. A messenger could take days to ride or run from one part of any country to another. There were no policemen in ancient Greece, where the family was expected to take revenge and seek redress if any one of their people was murdered or injured. A good historical is aware of these difficulties and exploits them.

5. Realistic names. Sorry, but - unless the story is fantasy or timeslip - in a story set in 10th century AD somewhere in western Europe, or in China or India, 'Brad' or 'Chantelle', although pretty names, simply don't fit the places or the period and pull me out of the story.

Those are my 5 key points. What are yours?

Posted by Lindsay Townsend at 13:52

This is damned good and should be required reading for all writers. Sorry I'm so behind with my reading as only to have picked it up now!

I agree with both you and LindaA. What I would add is realistic language. Not that I expect your medievals to use Middle English, but historicals shouldn't use 21st century slang.

Thanks for stopping by!

I agree re slang - I always find that pulls me right out of period.

Yep, as you say ~'Brad' or 'Chantelle', although pretty names, simply don't fit the places or the period and pull me out of the story.~

I have a recent complaint. And it still rather irks me. I mean, why bother to write a historical if the love/sex scene isn't reflective of the period? Yes, of course, there can be some artistic license for romance. However, if you read the scene and you couldn't tell it from a contemporary love/sex scene... well, whatever, the book sells... so, I guess that's what some readers want. ~sigh~