Solstice: a ghost story for Christmas 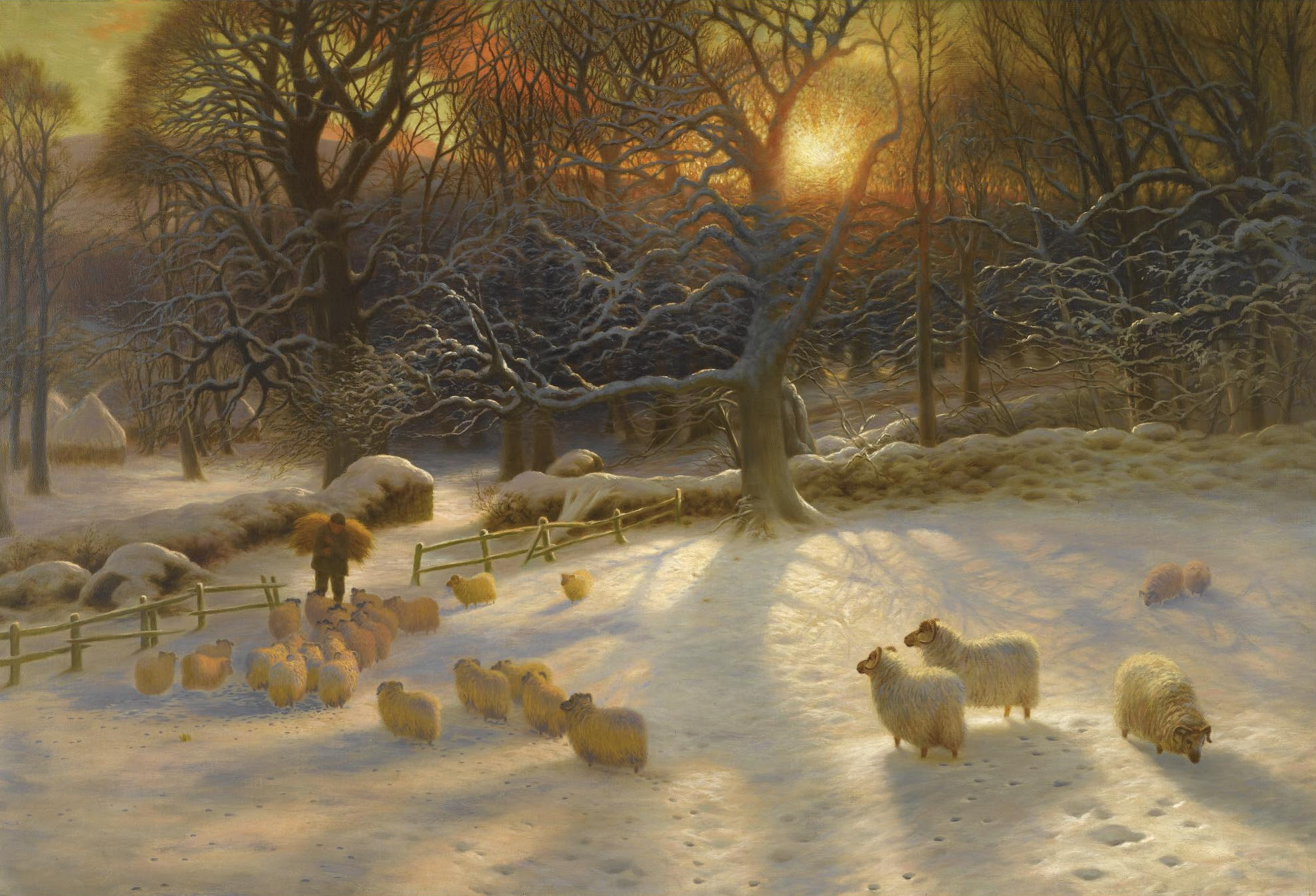 Last year I ran a ghost story at about this time, so I thought I'd do it again this Christmas. Since the inspiration came from one of Joseph Farquharson's dramatic snow scenes, I've accompanied it with one here. Prepare to be scared....

Ann pressed her chapped knuckles deeper into her old duffel coat. She was muddle-headed tonight, her head full of nonsense. Of course she was worried: who would not be? She must endure her hopes and - yes - her fears, endure this blistering cold. Brought up to lonely country self-reliance, Ann had learned early not to complain.

The vicar might have something to say if he knew she came back here at this time every year. He might have tried to stop her, if he'd known what she planned to do tonight.

Best to hurry, or she'd miss the boy.

Ann knew it was her child, her son by David. Peter had his father's loping walk, her own skill with animals. He might have been a shepherd like herself.

Come midwinter, he would appear on this stretch of Carter's Track. To send a child, his own son, to such a lonely place with only sheep for company! And David, always so careful....

The full story is free to read at Author's Den. Last year's ghost story, The Beach, is here.
Posted by Lindsay Townsend at 13:30

Oh, Lindsay, this sounds great! I'm going to have to go check it out!

Hi Lindsay! Great story... why not share the link on the Pink blog on Christmas Eve?

Thanks, Judith! I hope you enjoy it.

Hi Kaye - I've done as you suggested and have created a link ready for our Christmas Flash Fiction on Christmas Eve at the pink blog.