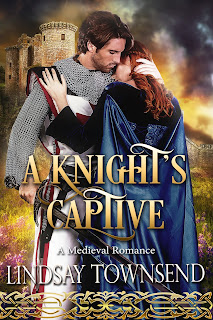 In the year 1066, England struggles against Norman invaders and two strangers cross paths on a pilgrimage fraught with peril - only to discover a love worth any danger.

Battle-weary knight Marc de Sens has never encountered a woman like Sunniva of Wereford: beautiful, brilliant, and miles above the curs who call themselves her kin. Alas, she is promised to another and Marc's obligation is to his three orphaned nieces. But when Sunniva's circumstances suddenly change, Marc learns the truth about her "betrothal".

A rough-hewn knight so gentle with children intrigues Sunniva, who never knew a kind word or caring touch from any man until Marc rescued her from the grimmest of fates. When her loutish father and brothers are killed, Sunniva is finally free, but her troubles are far from over. Although Marc has appointed himself her protector, he has a dark secret - as well as an uncanny ability to disarm her completely...

Townsend brilliantly transports readers to the turbulent years of the Norman invasion with a tale of a battle-weary knight and a young woman on a perilous pilgrimage. Medieval fans will enjoy the colorful backdrop, historical events and realistic characters.

Lindsay Townsend and her wonderful characters didn’t let me down.  The love that Marc and Sunniva had for each other finally culminated in a relationship that was almost blessed.  A KNIGHT’S CAPTIVE by Lindsay Townsend is a keeper in my book.  I can’t wait to read it again.

This is a powerful book, the writing strong, sensual with beautiful descriptive passages. I suggest another winner from this popular author.