In the Middle Ages, many people in witch-craft and the power of charms, spells, prayers, chants, amulets and more.

Today for my excerpt I draw on my latest novel, "The Master Cook and the Maiden." The hero, Swein, is a great-grandson of Magnus and Elfrida, the warrior and witch  from "The Snow Bride." He has inherited some of both Elfrida's and Magnus' skills, plus Elfrida's hand-written notes. 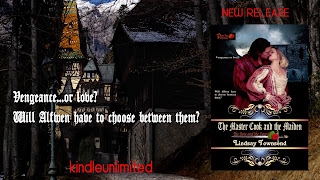 Here are some of Swein's thoughts on the matter:

My blood-kin think me mad, to share the bounty of a full year’s work with those I have adopted, but why should I not? He had enough for his needs and he loved to give. To see the joyful faces of good souls like Katherine and Martin was its own reward.

After all, I got this bit of land and the old warren tower—sadly without rabbits!—as a gift from a lord who liked my feasts and loving cups, especially as a Christmas cup and special bread-cake helped him and his wife produce a healthy heir. He was as glad and generous then as an old lord in a mead hall, like Magnus and my Viking forebears. These and other, more portable gifts mean I can be generous, too, so why should I not spread the pleasure?

For the rest of it, his skill with healing, in particular the re-kindling of a stale marriage, was down to the herb magic his great grandmother had practiced and passed along the family.

Elfrida knew what she was about as a hedge-witch and so do I.

It was his secret, a trait of kin like the left-handedness in Davie’s family, and one Swein zealously guarded. None of his older brothers, even quick-moving Gideon, had it. They inherited lands or horses, so did not need it.

Swein built up the brush, kindling and logs of the fire pit. He had never been bitter over the good fortune of his elders, not when he was his own master and made his own luck. Clicking his tongue in satisfaction, he popped a bag of oats into the cart and the flat stone he could use as a griddle to make oat-cakes.

“What is that?” Alfwen burst in a blast of colour from out of the fog. She pointed to the blackened flat stone. 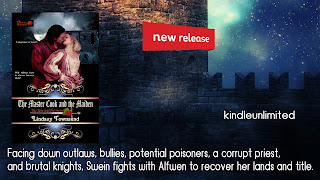 Another excerpt, where Swein plans to use magic to help in hunting a deer. Alfwen, the heroine, is partly convent-raised and is a little uneasy with magic.

“The magic will be worked by the new moon, three nights from now.” I will go out into the forest, to find the bones of red deer, and eat nothing until I do so. I will use the leather-worker punch to drill crosses and arrows on the bone and bury the bone in the woodland under a sacred holly tree, with prayers. Energised, Swein moved to return to the garden, where he was helping Davie extract a stubborn tree root, when a new voice made him pause.

“Is that Christian?” Alfwen ventured. She coloured and stopped the grindstone as the old archers stared.

“Says the woman who faked her own drowning, said Mary, entering the tower with a basket of hens eggs. Her blue eyes hard as chips of ice.

“I have never denied that,” Alfwen responded.

“You come here, live with us for weeks, eat our food and then dare to judge?”

How long had Mary been festering with this? Swein drew in breath to respond but Alfwen was faster.

“One question only, Mary, and as for staying here I have helped grind the flour for our bread, the bread you eat, I have scrubbed and washed the tunics of the men, including your mate, and weeded the beans and peas with you. How am I a threat? Do you see the church’s agents prowling about?”

“Enough.” Swein swiftly stepped between them before Alfwen or Mary or Davie brought in names, such as the Abbot of Saint Albans, and made the argument personal. “We do not fall out among ourselves.”

The Master Cook and the Maiden - Blurb

Vengeance or love? Will Alfwen have to choose between them? And what part will the Master Cook Swein play in her life?

Thrust into a convent against her will by her selfish brother Walter, Alfwen hears nothing more from him until Walter’s dog Teazel appears at Saint Hilda’s, carrying the dark message, “Avenge me.”

Walter is dead, possibly murdered. He demands vengeance from Alfwen. What will she do?

Swein is a Master Cook, generous and proudly independent, the youngest of a loving family and heir to a powerful crusader and a witch. When he rescues a strange girl from the river, even Swein cannot foresee the dangers and adventures he and Alfwen will need to overcome.

Facing down outlaws, bullies, potential poisoners, a corrupt priest and brutal knights, Swein fights with Alfwen to recover her lands and title as Lady de Harne and find justice for Walter. Can they rescue each other from a deadly conspiracy? And will their marriage in name become a marriage in fact?

Vengeance…or love? Will Alfwen have to choose between them? And what part will the handsome Master Cook, Swein, play in her life?

The Rose and the Sword Novel Series 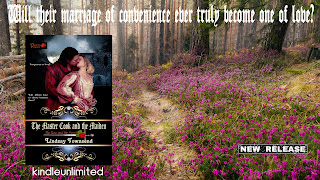