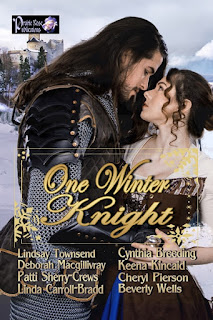 One Winter Knight is a medieval romance anthology filled with stories perfect for a snowy winter and Christmas-time. My story is 'Sir Thomas and the Snow Troll.'

Here's a blurb and the first chapter.

LINDSAY TOWNSEND—SIR THOMAS AND THE SNOW TROLL
Sir Thomas no longer knows who he is, or even who his natural father is. Adrift, Thomas sets out on a winter journey to discover more, finding adventure and passion on the way that he ever expected. Fiery Ruth, a young woman who has escaped a terrible servitude to live alone in the northern forest, is proud of her independence from all others...but can Thomas protect her from the dreaded and terrible Snow Troll?


Two lost souls, striving through long winter nights and days, find each other—but can they begin to truly live?


To read the rest and more stories, please go to Amazon Com or Amazon UK

This anthology is FREE with KU (Kindle Unlimited.) 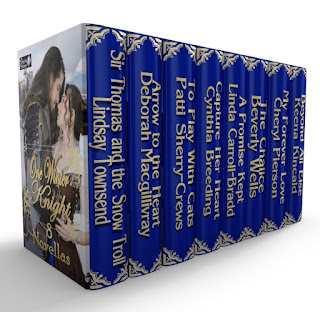 Sir Thomas' father Magnus is the hero in 'The Snow Bride' and 'A Summer Bewitchment' and he and Elfrida appear in my 'Medieval Captives' Series.

All these novels and novellas are on Amazon, Kindle, Nook, Kobo, Apple, Bookstrand. Excerpts and Reviews of these can be seen at Bookstrand, from my author page there. http://www.bookstrand.com/Lindsay-Townsend 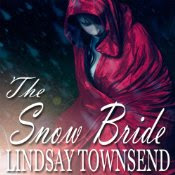 Posted by Lindsay Townsend at 11:04

Lindsay, I so enjoyed SIR THOMAS AND THE SNOW TROLL in ONE WINTER KNIGHT. I've read several other stories by you and always enjoy them as much. I felt honored and was grateful to be included in this anthology with you and the other seasoned medieval uthors and hope to be included in future ones with you and the others at PRP. I'd always wanted to write a medieval(I adore reading them) and writing a shorter one the first time has given me the inspiration to go for the long novel I have in my head. You are an inspiration to all of us authors who are just getting our feet wet with writing medievals. So keep them coming. Wishing you the best.

Hi Beverly and thank you! I'm really happy to be part of PRP and its amazing authors!
I agree about "Trying out" new romance genres through anthologies, it's a wonderful way to go.
Wishing you much success with your writing and your medieval novel. I'm sure it will be a winner!