The Lord and Eleanor - Chapter One (Excerpt)

The Lord and Eleanor 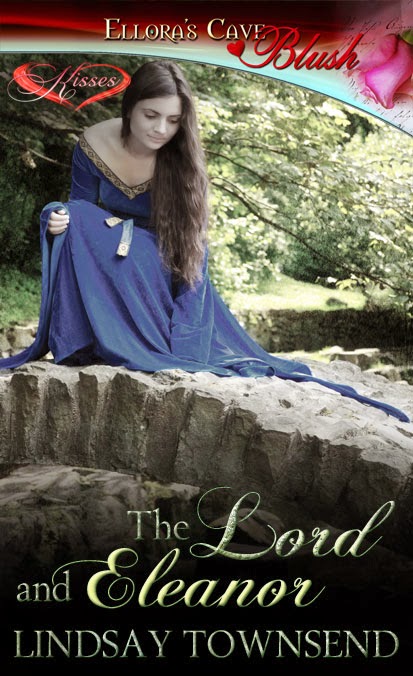 Her hands rubbed raw from clutching the rope, Eleanor steeled herself for the final effort of dragging the dead wolf to the great ash tree under which the lord of Wykeford held his manorial court. Panting and dizzy with effort as she often was these days, she heard the comments of the assembled villagers through a fog-like haze.
“Look, there goes Fletcher’s daughter, away from her brood for once.”
“Is that a wolf?”
“Bigger than she is.”
“A sad business…”
Eleanor would not listen to the rest. Hauling on her rope, she staggered the last few steps into the shade of the mighty ash, fixing her eyes not on the tree but on the rough trestle table set up within the tree roots. It was the man seated at this table, the lord, whom she must convince of the justice of her cause.
She waited, allowing the slain wolf to be her herald. When the circle of villagers grew quiet, she bowed her head, careful to show humility even when frustrated pride gnawed at her like hunger pangs.
For the sake of the little ones, I must do this. The money will be so useful.
“My lord, I have come to ask you and this court for a reward.” Her voice sounded too young to her but she could not start again. “I have slain this wolf.”
“And how did you, a bondswoman, achieve this?” scoffed the pallid clerk sitting beside his lord, his bark of laughter echoed by the assembled villagers.
Eleanor heard the hated phrase, bondswoman, whispered ‘round the circle like a curse. She released the rope and dug her fingers hard into her grazed palms, fighting not to lose her temper. “A freewoman now, sir,” she reminded the court. “My father won our freedom.”
“Some freedom, when you scrape and scratch a living on a pocket of land.”
“Land gained freely from the forest,” Eleanor countered, “where we hinder no one’s rights.” Her head was beginning to ache and not from the late-spring sunshine. For how long would the term “bond” be a collar around her and her family’s throats?
From the corner of her eye, she saw the lord raise his hand. He wore a full-sleeved tunic dyed a rich dark blue, deeper than bluebells or cornflowers and edged in gold.
Costly robes for a rich, powerful man. Her thought was confirmed as the clerk and the crowd at once fell silent.
The lord spoke. “You dug a pit close to where your people or beasts were threatened. You lined it with stakes and covered it with rushes or other strewings and baited the center. How long did it take for the wolf to take the bait and fall in?”
“Five days, my lord.”
“So it fell onto the stakes and perished.”
Eleanor saw the danger of admitting this. “I dug the pit, my lord.”
“And the beast is certainly dead.”
The lord, whom she knew as a decent, generous sort but had seen only as a distant figure on horseback before today, sounded amused.
It would be easy for him, Eleanor thought fiercely, glowering at the tree roots. It was true he was a widower with children of his own to care for but he would never know true hunger, nor the threat of it.
She braced herself for more questions—about rights and menfolk and her place within her faltering household—but did not expect what happened next.
“Look at me,” the lord commanded.
She was so startled that she did.

Richard of Wykeford, sitting through a morning’s business of stolen dues, stolen crops, stolen rights, had been glad of the distraction of the Fletcher girl. He had known the family since Martin Fletcher, her father, argued to secure his freedom, and the Fletchers were a quarrelsome kindred.
For all that, he admired their zeal and ambition and was sorry Martin had died this spring, struck in his fields by lightning. He had sent his reeve to the stricken family to pass on his condolences along with fuel, strewings, bedding, salted meat and fish but a week later Martin’s widow Agnes had also died. Eleanor, their eldest, was caring for a brood of three alone.
As she raised her head and looked at him, Richard decided he must be sure of one more point. He would help the lass but how he did it would depend on whether she had a sweetheart or not.
She must surely have a man, he thought. Even as she is, in an old, patched gown, her hair covered by an ugly hood, barefoot and half-starved, she is beautiful.
He had not seen her this close before and he marveled how he had missed her. She was small and slender but her limbs were shapely and when she was not dragging a dead wolf, she would move with poise and grace. A tingle of desire, absent since his Joanna had died, began to sparkle through his long, rangy frame, making him feel more alive than he had for months.
“Yes, my lord?”
Her question reminded him that he had stared for too long.
“You are the head of your household?” he demanded.
Her bright gray eyes clouded with disappointment and he felt strangely ashamed, the more so when she nodded without speaking.
“You have no man?” he persisted. “No brother…”
“No brother older than seven years and no lover either, my lord.”

Richard stared down at her unflinching eyes and knew she suspected part of his purpose. The clerk beside him began to scold again but he put a hand on the man’s scrawny wrist and shook his head.
“So I pay you the ransom for the wolf,” he went on, a small, ignoble part of him rejoicing as a steady flush of color swept up her face and she nodded a second time. A passionate little wench too.
He found himself wondering what color her hair was—her eyebrows and lashes were far lighter than her eyes—but then his daydream was shattered by another voice.
“Lord Richard, you cannot deal with her. She is a witch!”
“Aye and look how her father died as well. Is that not a sign of displeasure from God?”
The clerk hurriedly crossed himself and began to mutter the creed. Richard crossed his fingers beneath the trestle and thumped the table until the grumbles and shouts of the villagers bled out into whispers, echoed by the leaves of the ash tree.
“I am a wisewoman,” the former bondswoman said with a kind of weary patience. “I help women and cure cows.”
“My cow gives less milk than before.”
“She lives,” Eleanor flashed back, quick as a sparring champion. “She had sickened through eating poisoned hay but she lives.”
In that instant it came to Richard that this girl really needed him—and he needed her. They might save each other, he realized, but first he had to be sure of her knowledge.
“What is the antidote to snakebite?” he asked.
“Garlic or onion, either rubbed on the bite or eaten, and lovage,” she answered promptly.
“And henbane? I have heard it is good for the relief of pain.”
She frowned. “That is a powerful plant, my lord. Great care must be taken with it. If a person takes too much, he or she will sleep forever.”
He debated asking his next question but was intrigued as to what her answer would be. “How should I avoid poison?”
Her gray eyes widened but she answered as readily as before. “By prayer, my lord, and keeping an honest, clean household, by generous habits to others, by growing rue and other good herbs.”
“And by employing a food taster?”
“If that is your pleasure.”
“Will you be my food taster?” He did not mean this of course, rather he wanted her to be his food teacher but he would explain all later. He paused but his blood throbbing powerfully in his ears made further scruples unnecessary. She should know all his desire and it would certainly be an honor to a peasant girl like her. “My food taster by day and my woman by night?”
Around him the village women began to grumble. Eleanor and Lord Richard? Why her? Why such a favor?
Her face went blank and she swayed a little. With a Norman curse, Richard leapt from his chair, kicked the trestle aside and caught her before she fell. This was not the response he expected.
“Peace, Eleanor, I have you now,” he murmured, pity and desire melding together as he felt how light and thin she was.
A stinging slap singed the side of his head, making his ears ring.
“I am no man’s mistress!” she hissed, very far now from a faint.
“No, you are mine,” he answered. To prove it he scooped her into his arms and carried her away from the court and the astonished villagers. “Mine now.”
He liked the sound of that and was close to humming a tune as he walked.

Posted by Lindsay Townsend at 15:49

You hooked me! Great excerpt, Lindsay! :)